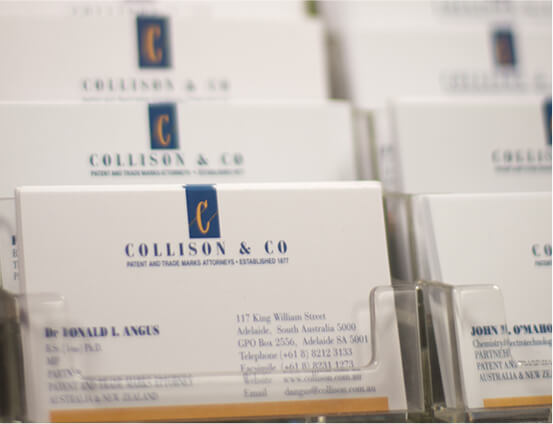 The firm of Collison & Co started as Conigrave & Collison in 1877. This was the same year that the state of South Australia legislated to recognise and license Patent Attorneys, the first in Australia as far as we can establish.

In 1901 the firm expanded into Melbourne in the State of Victoria and continued with the two branches, one in South Australia and the other in Victoria. In 1927 Mr. Leslie Davies purchased the goodwill of the Melbourne branch and commenced the business of Davies & Collison. Collison & Co have since continued in Adelaide as a separate firm.

Collison & Co provide professional, economical services in the areas of Patents, Trade Marks and Design to a broadly based clientele consisting of many companies and individuals throughout Australia and overseas.

As well as assisting with protection of Patents, Trade Marks and Designs, we are able to conduct searches through the Australian Patent, Trade Mark and Design records and provide expert advice. 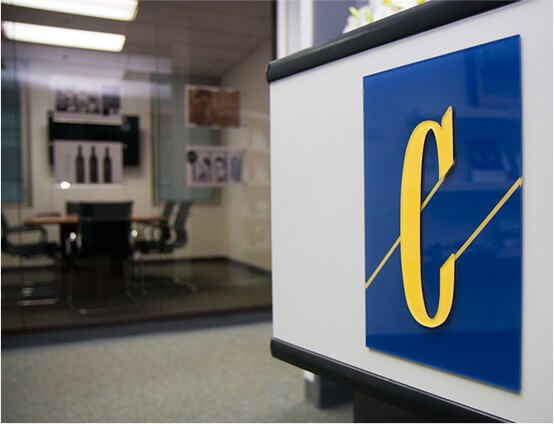 We have had close ties over the years with Government inventors and also have a wide general practice of Australian firms. Examples include the defence, pharmaceutical, engineering, science, agricultural, and electronics industries.

Collison & Co would be delighted to assist you or your clients in obtaining the strongest possible protection for new ideas and concepts, both here in Australia and Internationally as required.